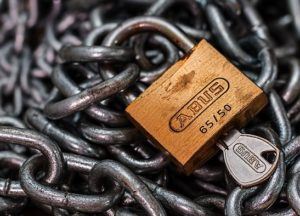 It’s never good news to find out that your home or business has had a break-in attempt.

That’s why it’s always a good idea to know what to look for with an attempted break-in so you can go about making any adjustments you need such as getting a professional locksmith such as Abacus Locksmiths to do a security audit.

If you have suspected a break in the first thing you should do is to check the locks on the property.

To be able to do this and know that a failed break-in took place there’s a few things you’re going to need to know about so you can look out for them.

One of the most common things to happen is that lock all of a sudden does not work as it should. This does not necessarily mean a break-in took place but if there is nothing wrong with your lock and all of a sudden it has issues the next day then you may have had a failed break-in.

What break-in artist generally try to do is use a tactic called bumping.

In simple terms bumping is using a key which fits in the lock but is not the exact key. And then after that key is inserted into the lock the lock is hit with something hard. For example a hammer is used and this can potentially allow the tumblers to release the lock.

A really obvious indicator of a failed break-in is scratches on a lock. If all of a sudden you come back to your property and a lock has been completely scratched up it can be reason for suspicion.

The reasoning behind this is very simple. When someone tries to pick a lock they are going to end up scratching. Most lock pick sets are metal so you’ve got metal scratching against metal. So naturally it’s a very easy way to determine that someone tried to pick a lock. If you use the normal key for the lock you’re never going to scratch anything.

Another way to break into a lock is with a screwdriver or something with a sharp point. All of these will generally leave scratches on the surface of the lock.

Another method to get a look open is just by brute force.

Everyone has seen the movies where the hammers or other heavy devices smash locks off doors. Inexperienced robbers who don’t know who to pick locks or get into a house using a more covert methods resort of smashing locks. So a damaged lock is an easy way to tell an attempted break-in took place.

Hopefully the short article was helpful and if you see any of the signs on any failed entrance on your property there is definitely reason to be suspicious. The best thing to do is to call a locksmith to come out to your property to do a security check to make sure that everything is in order to prevent further break-ins.

Keeping your home secure is very important for your safety of your family. There might be situations when you need to change your locks. Having strong locks and even digital alarm systems in your property won’t matter if someone has the key and can simply access at will. A qualified locksmith can help you replace the locks on your property if your are dealing with any of the situation mentioned here.

So when should you change your locks? Let’s dive right into it and explore some not so obvious situation when you should consider changed the locks on your home or business. 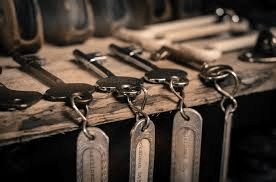 If you have lost your keys you may want to consider changing your looks. This totally depends on the situation. If you lost your keys and were 100 km away from your home and there’s no possible way that your keys can be matched back to your property then you might not want to take this step.

On the other hand if you lost your keys close to home and there is some sort of key tag on your keys that can link them back to your property it might be time to change your locks to avoid any possible break ins.

Let’s be realistic here for a moment. You don’t install a lock and it lasts for a lifetime. Locks wear out and begin to rust over time. And old lock that is rusting and not working properly is a security risk.

It might not be a situation where you want to deal with the cost but for your own security it is well worth replacing worn out locks on your property.

If you have been the unfortunate victim of a break-in or even an attempted break-in it would be well within your best interest to consider changing your locks. If the break and was successful then the burglar knows how to pick the lock and can come back to rob the house again.

If the break-in was not successful the lock may potentially be compromised and it would be quite easy for someone to spot a lock that looks damaged. A successful break in is more likely to occur on an already damaged lock especially if it’s viewable from the street on say the main entrance of your home.

If you have had a home intrusion then you’re home security has definitely been compromised and it might be time to replace looks.

Have you moved properties recently? It does not matter if you purchased your property or taken on a new rental. How can you be sure that the previous person that was in the property did not make a copy of the keys and is waiting for you to leave on a holiday and break in to your property.

It doesn’t just come down to this. If you have recently gone through a separation, if you have had flatmates leave a property in a situation where there was a disagreement. Or if you had workers coming to the property and they had copies of keys. It’s not just revolved around moving properties. There are so many situations that this could apply to.

It is in your best interest to change your locks if you have recently moved or gone through any of the situations mentioned above.

Want to ready more about home security? Then why not read our 5 Steps to a Safer Home. 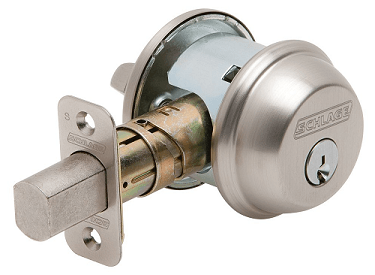 Today I want to go over a few really good easy ways to help decide what kind of lock you want to use on your home.

When you’re buying a lock at the store. Say a big-box store, it’s really all about packaging and marketing. They don’t really tell you what you need to know.

The first thing I want to point out is you want large heavy-duty screws that are used to hold this lock together. People try to put clamps on locks to rip them off. That is just one method to get a lock off the door. When you use heavy duty screws the chances of this being possible diminish dramatically.

The other thing that you want to look at is the actual inside of the lock. If you see a lots of hollowness it’s not a good sign. As that empty spaces is all that’s really holding your lock together. Whereas if you take a big lock with a solid body it’s stronger overall. To add to that locks made of solid brass are going to be strong. Try to avoid cheap ‘metal looking’ locks that might be plastic with metallic paint or aluminum.

The fourth aspect to look at is the deadbolt. This is actually what goes into your door frame. The deadbolt itself shouldn’t just look strong it should be strong. Just like I mentioned before you need to avoid cheap metals like aluminum. You want something solid like brass. Also look at the latch that goes into your door-frame. It needs to have a solid housing that has big screws that go into the door-frame. If the housing is weak then no matter how good the rest of the locks is, it’s almost useless.

That wraps it up. If you would like to speak to us and get professional advice from a locksmith on what lock to install in your home please fell free to call us on 01202 287055. My wife Debbie generally picks up the phone. And I’ll be the one coming out to your property to install your new locks. I will also do a free security audit of your property when there.

Looking for a fun and new hobby? Have you every wanted to learn to pick a lock? Maybe you’re a natural. Read the article to learn how.